Dennis Warner is the founder of WCK Full Rules Muay Thai which today is the longest running combat sports program in the United States. Founded in 1989 the company recently celebrated its 30th Anniversary and while they recognize the achievement, they see the opportunity for exponential growth, with its worldwide audience, growing fanbase and new technology to reach a wider audience, WCK Full Rules Muay Thai is just getting started.

Warner’s background was in live events and televisions productions, but during his travels in Asia he was able to attend his first live Muay Thai event. He saw the passion of the fans, determination of the fighters and the unique fighting style. It was like nothing he has seen before in the US. The matches were fast-paced, aggressive and fighters needed to have pin-point precision in all of their limbs.

While watching the matches, he recognized the opportunity to introduce a new breed of entertainment to an American audience something that most had never seen before. His goal was to attract top talent from around the world including the US, China, Japan, Thailand, Australia, the Netherlands, the UK, South Korea and many more.

Over its 30 year history WCK Muay Thai has executed over 300+ events in 5 countries with its main focus being Southern California and Nevada. The promotion was a trailblazer in bringing greater acceptance and recognition not only to the sport of Muay Thai but Mixed Martial Arts and Combat Sports as a whole.

WCK Full Rules Muay Thai continues to be a passion project for Dennis as he is always on the hunt for rising talent and brining the experience to as many people as possible so that they can fall in love with the sport as he did..

WCK established in 1989 with our first televised event in 1990. WCK has been broadcasted in USA for thirty consecutive years thru 2020 and has just been renewed by Fox Sports Prime Ticket & San Diego for the 2021 year.

World Championship Kickboxing is formed showcasing the finest athletes the sport had to offer. With bouts taking place under Muay Thai rules, the sport finally had a television vehicle that provided viewers with the dramatic fluid action.

Dennis Warner continues expansion of the WCK Full Rules MuayThai and becomes licensed professional promoter in the State of Nevada, becoming the one MuayThai/ Kickboxing promoter to hold professional licenses in both Nevada and California. WCK has held events at locations including: as The Palms Casino Resort, The Plaza Hotel & Casino, the Las Vegas Hilton, Buffalo Bill’s Casino Resort and Harrah’s Casino Resort.

WCK Full Rules MuayThai celebrates its 30th anniversary. WCK is recognized as the longest continuous running martial arts show in television history. With its eye set on the future – there is a growing appreciation for combat sports and the opportunity is ripe to showcase future stars and fro WCK to become the premier destination for world class MuayThai. 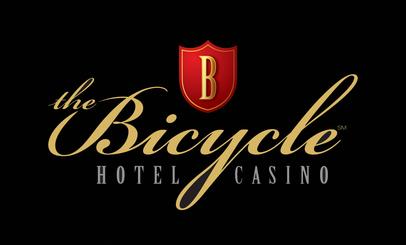 Muay Thai or Thai Boxing is the national sport and cultural martial art of Thailand. It was developed ub in the 18th Century as a form of close-combat that utilizes the entire body as a weapon. Muay Thai is referred to as “The Art of Eight Limbs” and using eight points of contact the body mimics weapons of war. The hands become the sword and dagger; the shins and forearms were hardened in training to act as armor against blows, and the elbow to strike opponents like a heavy mace or hammer; the legs and knees became the axe and staff. The body is operated as one unit. The knees and elbows constantly searching and testing for an opening while grappling and trying to spin an enemy to the ground.

Muay Thai has progressed significantly over the past 100 years due the increase in popularity, it began to garner international recognition and exposure. In World War II, after formally being introduced to Muay Thai, foreigners named it “Siam Boxing”. The French labeled it “Le Sport Orient” or the fighting style of the orient. Soldiers from Europe and America would watch Thai soldiers practice Muay Thai amongst themselves. They were so impressed with the style of fighting that they asked the Thai soldiers to teach them the fundamentals of Muay Thai. As it became more popular internationally, the rules began to change so it could be better organized and governed like boxing which ultimately planted the roots of modern Muay Thai.

Today, Muay Thai is recognized on a global scale. It was recently accepted as a provisional Olympic sport and its techniques are sought out by mixed martial artists from around the world. Training camps and gyms are located in almost every country with top athletes in the sport coming from every part of the globe.